What’s Malcolm Mclaren got to do with a healing garden anyway? 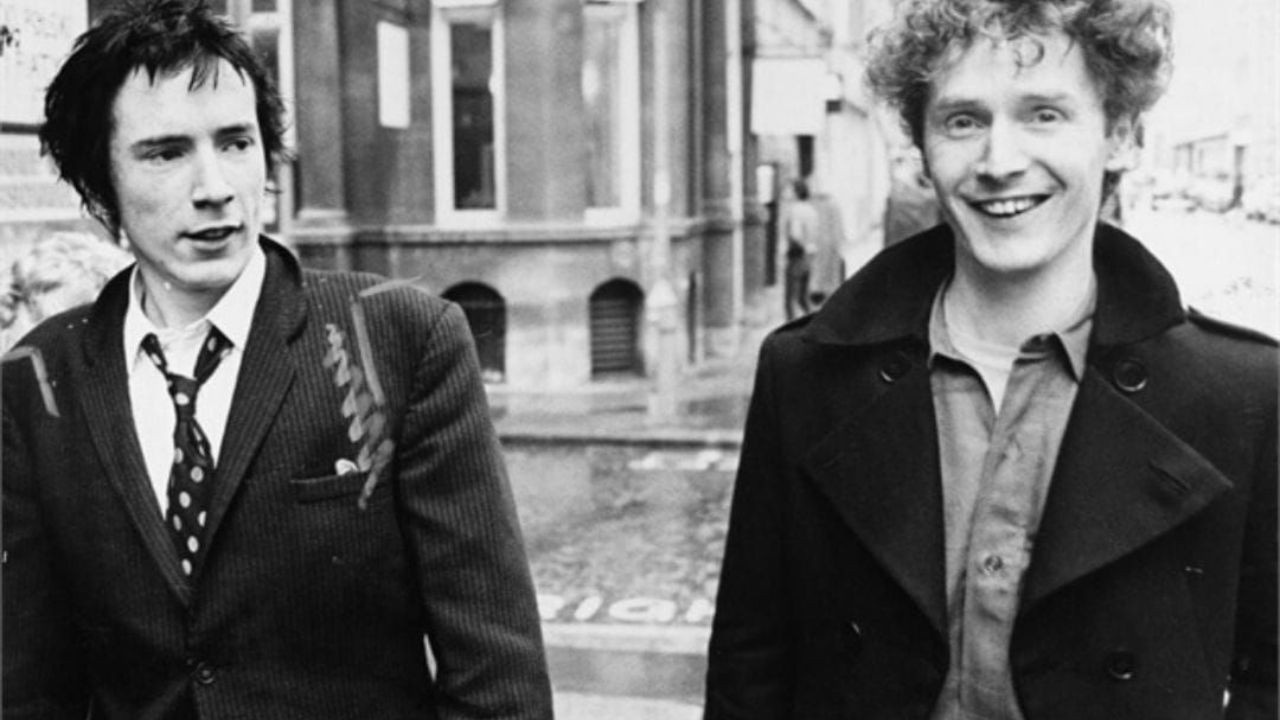 You might wonder what a megalomaniac punk band manager, once described by Johnny Lydon as ‘the most evil man in the world’, would have to do with creating a healing garden. Well, as it turns out… quite a lot.

Malcolm McLaren came to infamy in the 70s as the manager of punk icons, the Sex Pistols. Impresario, recording artist and fashion designer, McLaren and his then partner Vivienne Westwood had a shop down the old King’s Road in London. Their contribution to fashion at the time was all safety pins, vinyl and chopped up t-shirts. Vivienne went on to become the queen of British fashion, and anyone who had gel in their hair in the 80s will probably also remember McLaren going on to more musical misadventure with things like his itching and scratching, Buffalo Girls, the rope-jumping Double Dutch and his Opera mash-up Fans.

Turns out those early days of punk have been brought back into the spotlight in a new mini-series called Pistol [on Disney+], directed by Danny Boyle and based on former Sex Pistol guitarist Steve Jones’s memoir, Lonely Boy. McLaren is played by Thomas Brodie-Sangster who you may recognize from playing a young boy in the Hugh Grant schmaltz-fest Love Actually. And this is where for me things get slightly weird.

It’s odd hearing someone talking about trying to be someone you knew very well indeed.

Thomas Brodie-Sangster is playing the role of Malcolm.  In a recent piece in The Guardian he talks about how he had to watch loads of videos of Malcolm to try to figure out who he was, how he spoke and what his mannerisms were. And I have to say it’s odd hearing someone talking about trying to be someone you knew very well indeed.

If Thomas had asked me about Malcolm’s mannerisms, I would say he had a voice like a querulous maiden aunt, rising and wavering all over the shop. His hands would flutter, poking out from beneath shirt cuffs that were never done up. I loved his laugh. Often when speaking, which he did a lot and often at speed (a bit like the way he walked down the street), he would get so carried away that his gaze would go off into the distance and you had to almost forcibly draw his attention back to you, to remind him this was a conversation not a monologue. And then at times he would look right into you and say something so insightful, so true, or so sweet that it would take your breath away.

At times he would look right into you and say something so insightful, so true, or so tender that it would take your breath away.

I know this because for many years from the mid-1990s to when he died in April 2010, we were friends. I loved him in the way one can love someone that you know will be unreliable, will disappear and then have the gall to wander back like he’s never been away. I used to describe him as "constant in his inconstancy.” From that imperfect place, a deep, lasting friendship grew.

In that connection we had, I learned many things. I learned that friendships and love can blossom in the strangest of places. They take many forms. Come from many sources. They can baffle and surprise, inspire and uplift. They can be like dandelions, those oft-scorned ‘weeds’ that grow in soils left bare by others, only to reveal themselves as powerful healers with roots reaching down to heal and enrich the earth. I see now there were parts of our friendship that helped heal and enrich me.

In numerous public interviews, and many private conversations, Malcolm talked a lot about the search for authenticity in what he called ‘a karaoke culture’. It was in many ways his Holy Grail. For all his rip-off and talk, he deeply admired the authentic, the genuine, the craftspeople. He would always say, “if you really believe in something and approach it with complete authenticity, then you are halfway there, people will see that shine through.”

Malcolm also taught me that if you have an idea for something, test it out on a tough audience. Which made him great to try ideas out on. If there was a weakness or flaw in the idea, he would see it and expose it immediately. I had ideas but lacked confidence, so this gauntlet-running helped toughen me up a bit. I recall one day we were in the kitchen of his flat in Fitzrovia, preparing our evening meal together, and I was umming and aahing over something, trying to run the gauntlet yet again and his hands started flapping and his feet stomped, literally like a child having a tantrum, and he turned to me and said, “Goddam you, you drive me ab-so-lute-ly craaazy! You are one of the Most Visionary People I know, but you just need to believe in yourself more!”

You are one of the Most Visionary People I know, you just need to believe in yourself more.

And when I look back, I can see he actually did help me believe in myself more. Who’d have thought the capricious man of those punk days would be lauded with that?

Where do our ideas begin? When we look back can we find those myriad yet key points that shape our futures? In the mid-90s, I remember talking to him about an idea I had to set up a private club in London that was based around deepening connections to nature to help people find resilience, purpose, their own personal authenticity. A kind of eco-Soho House. The London club that I was dreaming was centred around a garden, a healing place. A haven. Unknowingly I had planted a seed in my mind which would one day blossom 12,000 miles away, and 16 years later, in New Zealand as my Centre for Nature Connection and Archeus apothecary.

Some of my fondest memories of Malcolm are of times we spent together out in nature. Memory offers up glimpses, vignettes and a lightness of being recalled. Bluebells, a walk along the Dover cliffs, these are some of the things that bring him back to me, that connect this moment now to that moment then. When we were out and about exploring the English countryside, I would sometimes show Malc how I connected to the energetics of nature to help find resilience, to help feed my soul, and explain how one day I wanted to be able to help others do the same. He’d look at me somewhat incredulously, but I could see something was landing in him somewhere.

I landed back in New Zealand in 2011 and Malcolm had died in 2010. He never got to see the birth of my business Archeus and its virtual and in-person Centre for Nature Connection, and the journey I’ve had over the past decade as I’ve stepped into the lineage of herbalist, healer, earth medicine guide and lover of the mystical. He hasn’t been privy to the ways I’ve been helping people with their own relationship with nature, or listened to me talking about the ideas I am working on now to deepen that work even further.

He hasn’t seen me helping families care for loved ones at the end of life, or create blessings to welcome in the start of life. He hasn’t seen the happiness of a life now shared with a constant man.  I think he would like it all though. He would see its authenticity, that it comes from the heart, and that I have been able to be authentically me, on my path, with belief and confidence growing.

He said he was very tired, that he was running out of energy.

My last conversation with Malcolm was when I was living in Bonn working for the United Nations Environment Programme. Later I looked back on this call as a lesson in love. He said he was very tired, that he was running out of energy. I remember asking if he'd been to the doctor. We talked about love and loneliness and never needing to feel alone. He told me he was proud of me, that he admired me for wanting to help make a positive difference in this world. Neither of us knew then that within months he would be dead from mesothelioma. Or maybe, he did.

Life can be so curious.

When asked who he thought Malcolm was, young Thomas-the-thesp in his Guardian interview said, “I’d say he was a real genius – and perhaps a bit of an arsehole.”

He’s not far off the mark. At times Malcolm was both these things, but I would add that contrary to popular opinion, he could also be a much-loved friend, and for me, he was one who helped my healing garden grow. 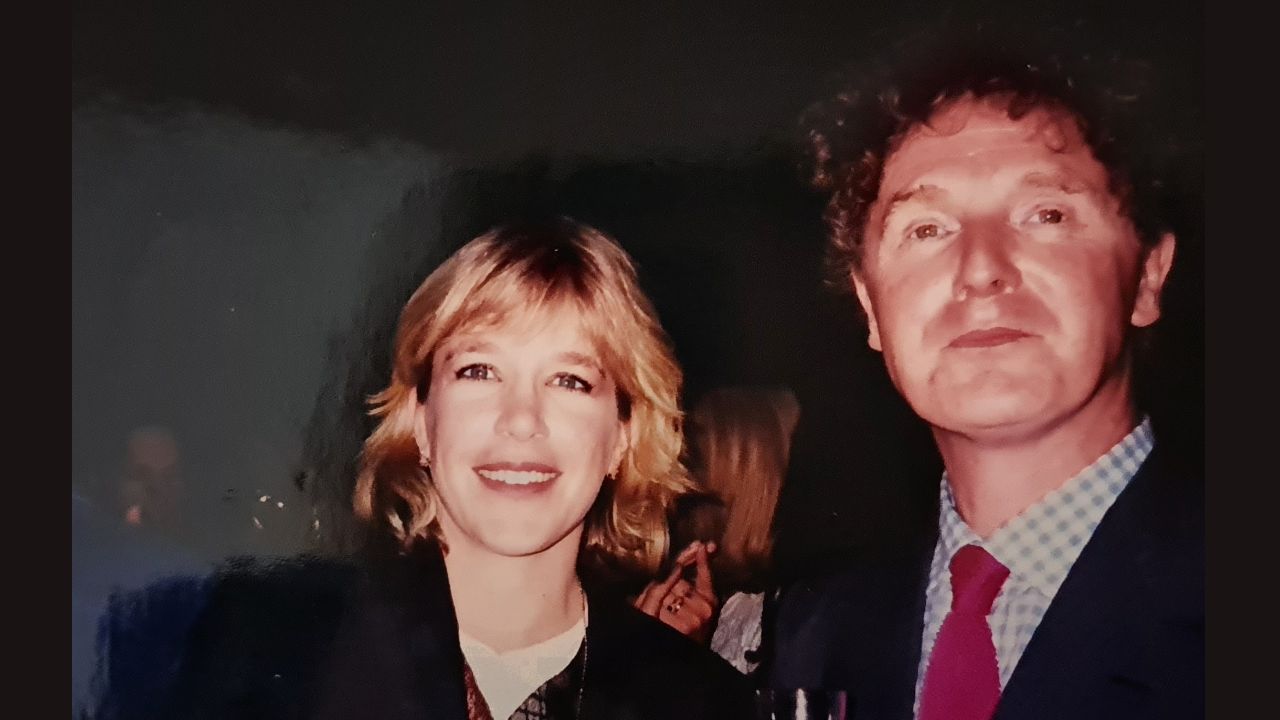