Dreaming of Sleep - the music of the cosmos 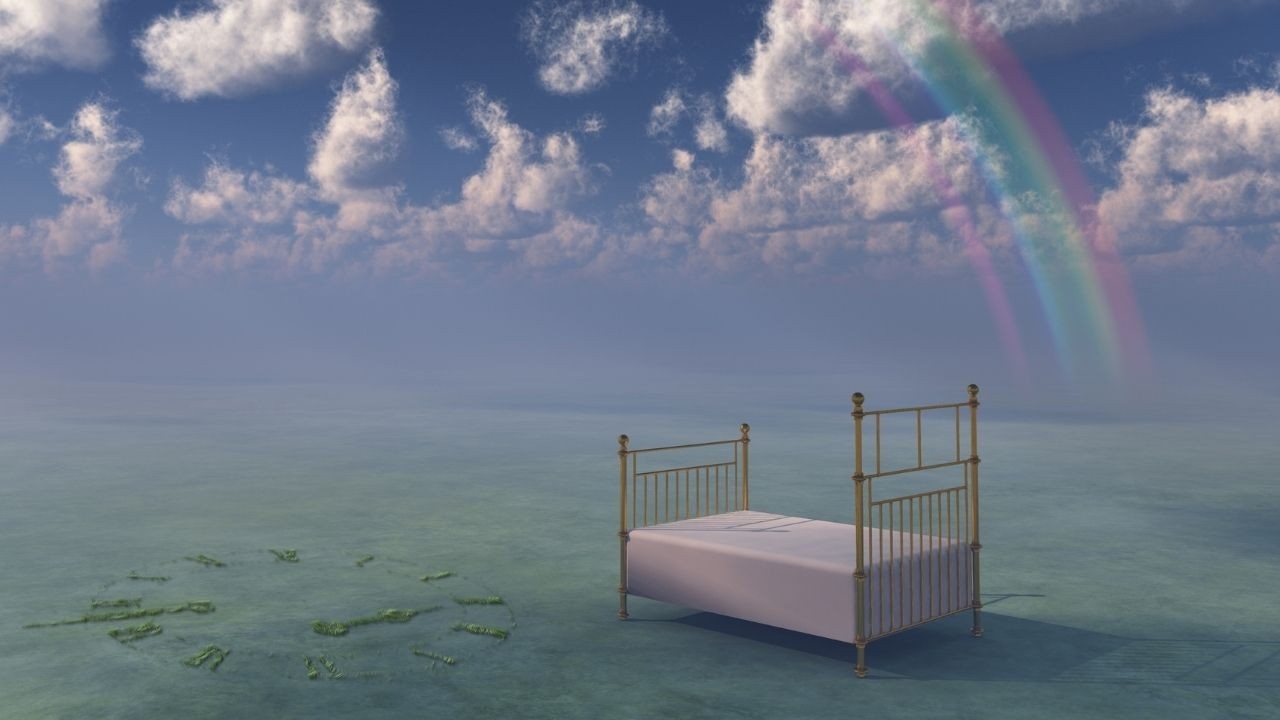 Don’t you love those moments when something is happening and there is the perfect piece of music playing literally, or playing in your head – the soundtrack of the soul, making a moment perfect?

Throughout time music has nourished the soul. It has a wonderful way of reaching deep inside our very being. In ancient times, healers and philosophers and Abbesses and priests have talked about the power of music to heal the soul. From the ancient Greek mythology of Orpheus enchanting the cosmos with his lyre, through to Marsilio Ficino in the Renaissance, healers would pluck the cosmic notes of the universe on the strings of their lyre required for healing for the soul of the person they were treating. But it is not just humans who tune into melody and rhythm, I recall some research showing that plants responded to the birdsong around them. It was as if the plants related to the music of their landscape. And why not I say?

Whether plucked on the lyre or sung by a bird, I love the way music feeds the soul and creates connection. Melodic connectivity helps shape our shared and individual cosmology. The ancients talked of us as being made of stardust, and it was regarded that everything on this planet: plant, person, animal, place had a corresponding star in the universe. The idea of heavenly bodies and the matter of earthly bodies were intimately connected. Music was regarded as a manifestation of the vibrations of that energy, that connection spiralling through time and space.

If we resonate with the cosmic notes of the universe, what does this mean for the soundtrack of our life? Which pieces of music are the ones that we draw most comfort from and feel most as a part of us, an extension of our very being?

When I am coaching people or supporting people as they are facing, or coming to terms with, the end of their life, we look at the things that bring them comfort. And I draw much inspiration from the beautiful wise writings from Plato through to Hildegard Von Bingen in the 11th Century, Marsilio Ficino in the 15th Century and Paracelsus in the 16th Century. Each of these luminous minds place the soul at the heart of how we care for the health and wellbeing of the patient. Music was seen as a big part of that provision of care.

What is the music that makes you somehow feel connected to something so much bigger than this ordinary life?

I recently watched a documentary about the composer Max Richter and it was a programme about a composition of his called ‘Sleep’. It features Max on synthesizers and piano, a small ensemble of strings and a woman with the most ethereal voice I think I have ever heard. This piece of music is eight hours long and at the time of this film being made, they’d performed it live maybe 18 times in locations such as the Sydney Opera House, the Barbican in London and a park in central Los Angeles.

It's an extraordinary piece because of the fact that it is performed live. Members of the audience are provided with a camp bed rather than a seat, and they arrive with pillows and quilts and sleeping bags. Then they settle down for the next eight hours as the musicians perform. Max said the idea of the piece of music wasn't for people to be awake and hanging on to every note. He wanted them to listen to music that they could sleep too. And in fact, nodding off was welcomed. Max Richter was playing with the idea of how the music would influence and weave its way into their sleep, into those sleeping moments, into the dreams, into the dreaming.

Interestingly, sleep and dreaming was part of caring for a patient in ancient times. In Ancient Greece, temples to the god Asclepius were created and people went there to sleep, to incubate via dreams, the cure and comfort they needed in daily life. Maybe Max Richter’s performances can be seen as turning venues into modern-day Asclepian temples of healing. I like that idea.

When I was watching the documentary, I turned all the lights out in the room. The fire was flickering in the grate. I lit a candle. The television was on playing the documentary, but I took my cue from the people on those cots and took my pillows and a blanket and lay down on the floor in front of the fire and listened to the music wind its way through the documentary.

The music gradually became part of me, and me part of the music. Boundaries blurred between my consciousness and the wider cosmos. Notes spiralling into infinity. I found myself thinking that when it comes to the end of my life, this is music would be a beautiful accompaniment because it does not jar the senses, it seems to gently open a door to a deeper connected consciousness of cosmos. It could be the soundtrack to a conscious dying, a dying that embraced the sacred wheel of beginnings and endings in life. A dying enriched with the Buddhist understanding of the beauty of impermanence.

I thought about the people I have been with as they have died and how there can a twilight zone between life and death and in that space one can bear witness to their visitations and altered realities. I thought of the soul and spirit starting to loosen themselves from the confines of the body, like a butterfly cracking open the chrysalis. Hovering in that in-between state until the moment comes that it finally breaks free. And I felt that if I saw this life out on those eight hours of beautiful, spellbinding and transformational music that comprise Max Richter's Sleep movement, my soul would be nourished and my spirit would be comforted as it cracked the chrysalis of my physical form. Hovering. Then flying free on the lyrical notes of the cosmos.

What is the music that brings you comfort? What are the notes that strike a chord in your own soul? Have you told someone you love about the music that nourishes your soul and gives it wings for flight?

Would they know what cosmic chords you could imagine leaving this world on?